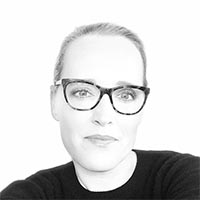 Chess boxing is an unusual sport that combines the strategic game of chess with the martial art of boxing. The sport was first depicted in the comic Le Froid Eqateur, which translates to Cold Equator, by Enki Bilal. Dutch artist IEPE is credited with the concept.

How do you play chess boxing?

In chess boxing, opponents alternate between rounds of speed chess and boxing. The object of the game is to beat your opponent in either a round of chess or a round of boxing.

The game starts with the players battling during a four-minute round of speed chess. Next, the players box for three minutes, then take a one-minute break. The players repeat this 10 times, for a total of 11 rounds.

Judges award players points during the boxing match. The game is won when one player beats the other in chess or knocks out the opponent during boxing (players may also forfeit, or boxing may be stopped by a referee). If those events don’t occur, the judges will declare a winner based on points won during boxing. And if the points are the same, the player with the black chess pieces wins.

What is speed chess?

The type of chess that has been incorporated into chess boxing is speed chess. In speed chess, each player receives a specific amount of time to make a move. Each player has a predetermined amount of time to win the match, and if they exceed the time limit, they lose. A timer begins at the start of each player's turn. After the player makes a move, his timer stops and the opponent's begins.

Where is chess boxing played?

Chess boxing clubs are most popular in Germany, India, Russia and the United Kingdom.

In November of 2003, the World Chess Boxing Organization (WCBO) was formed. The WCBO also started the first club, called the Chess Boxing Club of Berlin. The WCBO is primarily concerned with promoting chess boxing as a legitimate, internationally recognized sport.

Some believe that to succeed in this sport, you need only to be a superb boxer, but this is not the case. To prevent this problem, the WCBO requires that each contender have a minimum Elo rating of 1,800. The Elo system determines the statistical skill level of a chess player.

A player with an Elo rating of 1,000 is considered a skilled beginner, with established chess masters rating over 2,400. Requiring a boxer to have a minimum rating of 1,800 prevents professional circuit boxers from wreaking havoc in the chess boxing world.

chess boxing is a good game.